When the Wall Came Down. The Perception of German Reunification in International Diplomatic Documents 1989–1990 (Quaderni di Dodis 12), vol. 12, doc. 14

dodis.ch/49548 Memo1 by the Swiss Federal Department of Foreign Affairs

On Friday, 10.11.1989, the signatory meets GDR embassy counsellor Tschirlich2, following the latter’s urgent request and, in T[schirlich] ’s words, by way of the GDR officially approaching the Swiss authorities with regard to today’s historic event.

T[schierlich] appears distinctly “dépassé par les évènements”. He begins by delivering the attached memo3. At the time of his intervention (late Friday afternoon), both the regulations set down there and T[schirlich] ’s remark that the Wall invariably persists, and continues to function as a border, are in part already obsolete. Two aspects of T[schirlich] ’s in part somewhat confused deliberations, however, deserve attention:

– Today, a great number of Swiss citizens inquired at his embassy about options for informal departure from the GDR to Switzerland (for relatives etc.) and similar options for travelling into the GDR, respectively. GDR authorities assumed that the existing visa regulations between the GDR and Switzerland continue to apply.

– T[schirlich] appears to be inquiring, although in a very hedged manner, whether Switzerland would lend support to a “now reformed” GDR, “since a lot of substance will be lost due to the new travel regulations”.

Adhering to the announcement issued today by the press and information service, I answered T[schirlich] that we welcome the opening of the GDR border as a step towards freedom and democracy.

To be determined: Should and must the Swiss visa policy in relation to the GDR be revised in light of the most recent events? This also in light of the notification just in from our embassy in Berlin (T[elex] 72 of 10.11. in attachment4), which is likewise being swamped with inquiries.

1
Memo (translated from German): Swiss Federal Archives CH-BAR#E2010A#1999/250#7145*(B.73.0). Written and signed by Daniel Woker, dodis.ch/P27996. Copies to Silvio Arioli, dodis.ch/P24523, Klaus Jacobi, dodis.ch/P19511, the Federal Office for Foreigners’ Affairs, five copies for internal use of the Federal Department of Foreign Affairs and to the Swiss Embassies in East Berlin and in Bonn.↩ 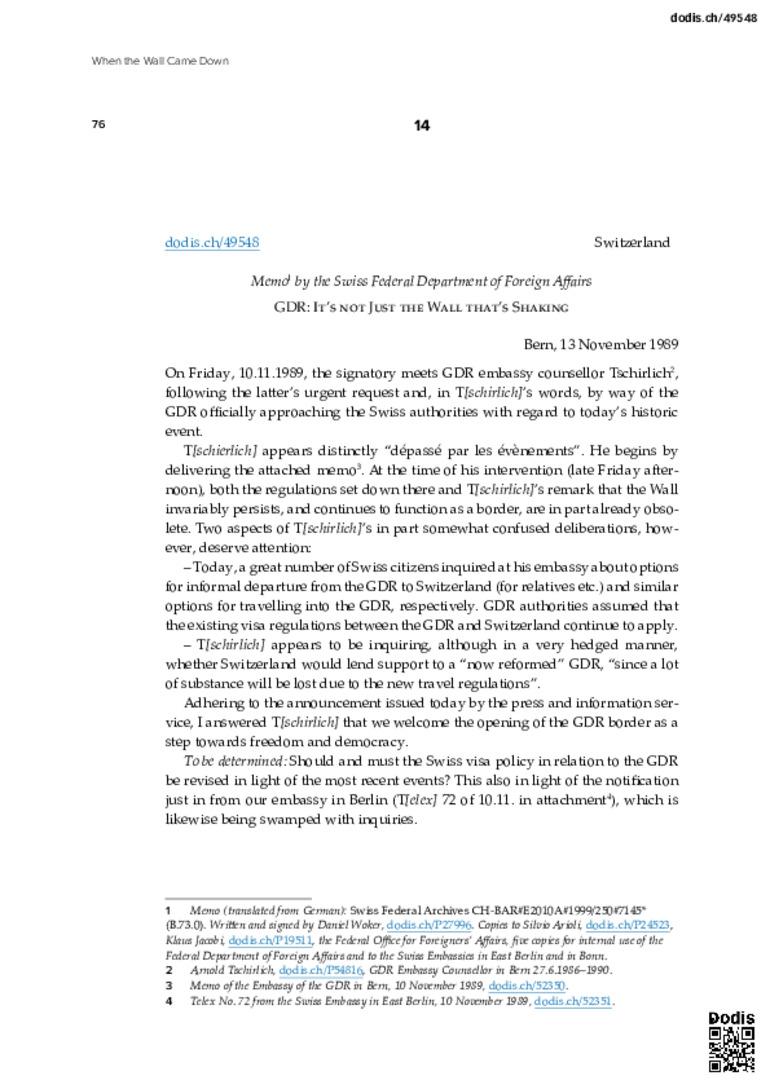 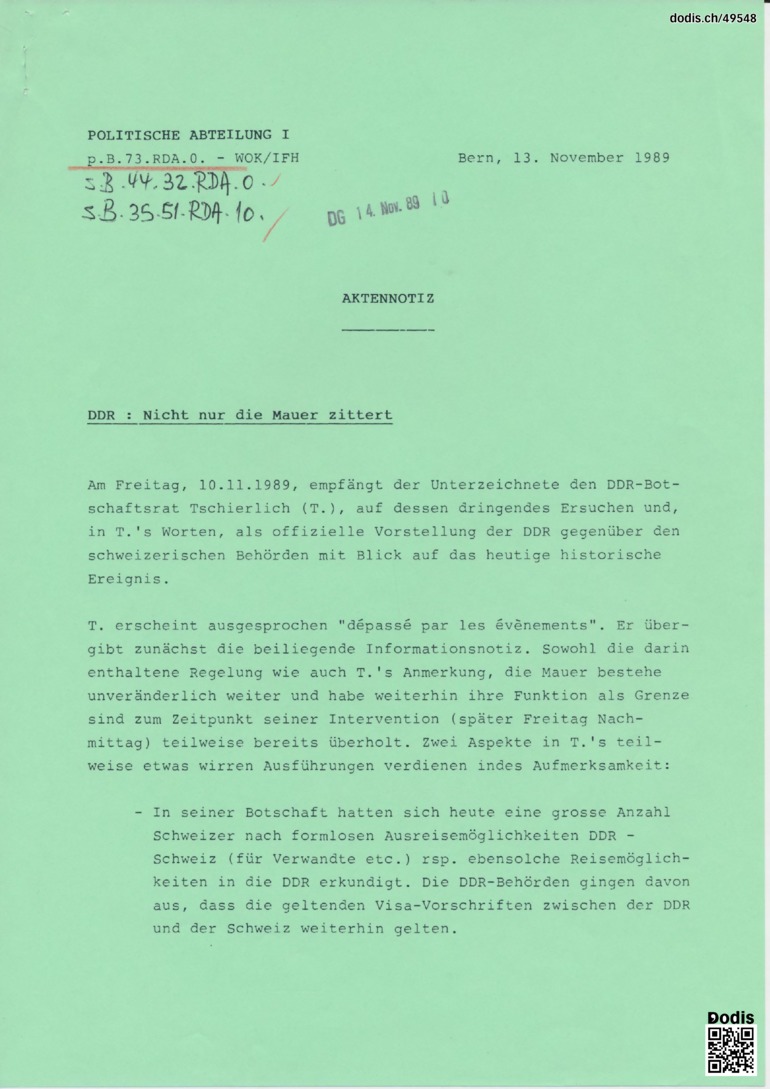 Persistent URL of this document: http://dodis.ch/49548