Language: Polish
No 775.
Telegram (T) • urgent
The heads of Polish diplomatic missions abroad are given the following instruction: Polish support for German reunification is made contingent upon Germany recognizing Poland’s western border along the Oder and Lusatian Neisse Rivers.
How to cite: Copy

When the Wall Came Down. The Perception of German Reunification in International Diplomatic Documents 1989–1990 (Quaderni di Dodis 12), vol. 12, doc. 33

With regard to the ongoing discussion about German reunification, please find below the position to be presented during talks:

The Polish government set out its position on the unity of the German nation under international law or as a state in the foreign minister’s statement to the Sejm of 7 December 1989. The Polish government made it clear that it respects the right of the Germans to self-determination. However, this right can be realized in the framework of European order and stabilization. This order includes the existing borders between the two German states and their neighbours. Both German states can only unite – in one form or another – provided that Poland’s western border along the Oder and Lusatian Neisse rivers is maintained. The rapprochement and ultimately fusion of the two German states should proceed gradually even as our continent’s unity is restored and a new security system is built in Europe. This is a complex and multi-stage process. The unity of the German nation cannot be restored with a one-off declaration or act. Changes across German territory must go hand-in-hand with changes in Europe that support building structures that would encompass the whole of Europe. This does not rule out regional institutions made up of certain countries, however. A reunited German state will have its place in a thoroughly reformed and united Europe. 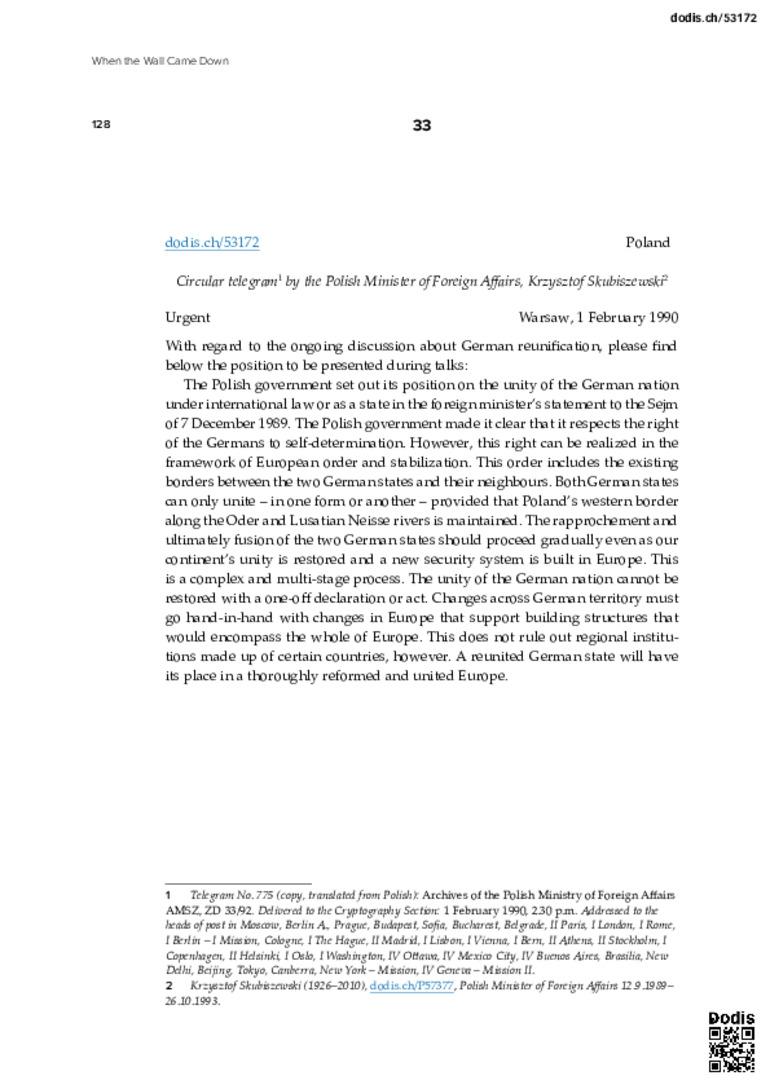 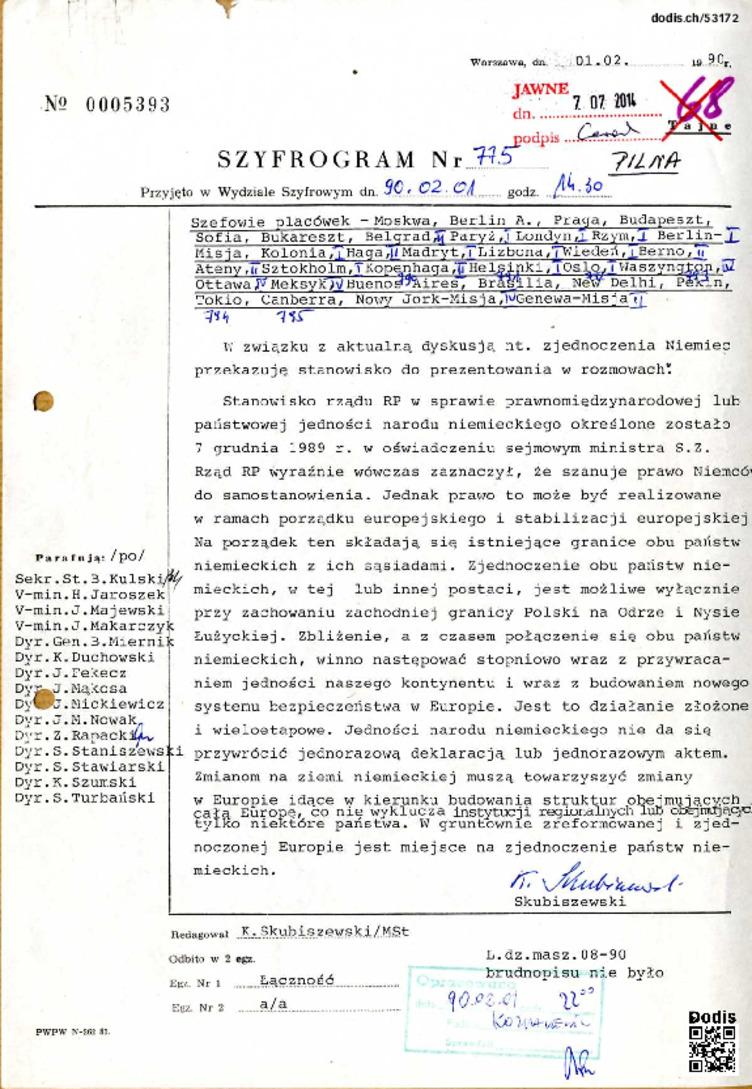 Persistent URL of this document: http://dodis.ch/53172