When the Wall Came Down. The Perception of German Reunification in International Diplomatic Documents 1989–1990 (Quaderni di Dodis 12), vol. 12, doc. 52

dodis.ch/53324 Political report1 of the Turkish Consul General in Berlin, Akın Emregül2, to the Turkish Ministry of Foreign Affairs

1) The Senate of West Berlin and the Government of East Berlin (Magistrat) gathered in the City Hall (Rotes Rathaus) of East Berlin for the first time in 42 years. Some of the decisions taken are as follows in summary:

– Berlin will be the capital of the united Germany. Every kind of effort will be made in this regard.

– Both administrations of the city will continue to make joint efforts in order to rapidly finalize issues such as the rehabilitation of Berlin, transportation, telecommunication, housing and other issues and will redouble these efforts.

– Berlin should be a state with the insertion of Brandenburg.

– A close cooperation will be established with European capitals, particularly with Moscow, Paris and Warsaw so that the Conference on Security and Cooperation in Europe shall set up a headquarter in Berlin and that a bridge of friendship and cooperation shall be laid among European cities.

– Common measures will be developed in order to ensure the peace of the city and to prevent violence.

– A common effort will be made to create a tolerant attitude towards minorities and pursue an approach which is compatible with the multicultural lifestyle of the city and which protects the social rights of the people of Berlin.

– Joint meetings will continue to be held in the City Hall of East Berlin on Tuesdays every 15 days.

– A personnel exchange program will be implemented at the administrative level between the governments of the two states.

1
Political report No. 367/D.401 (copy, translated from Turkish): Turkish Diplomatic Archives 3180235. Internal distribution within the Turkish Ministry of Foreign Affairs and to the Turkish Embassy in Bonn.↩ 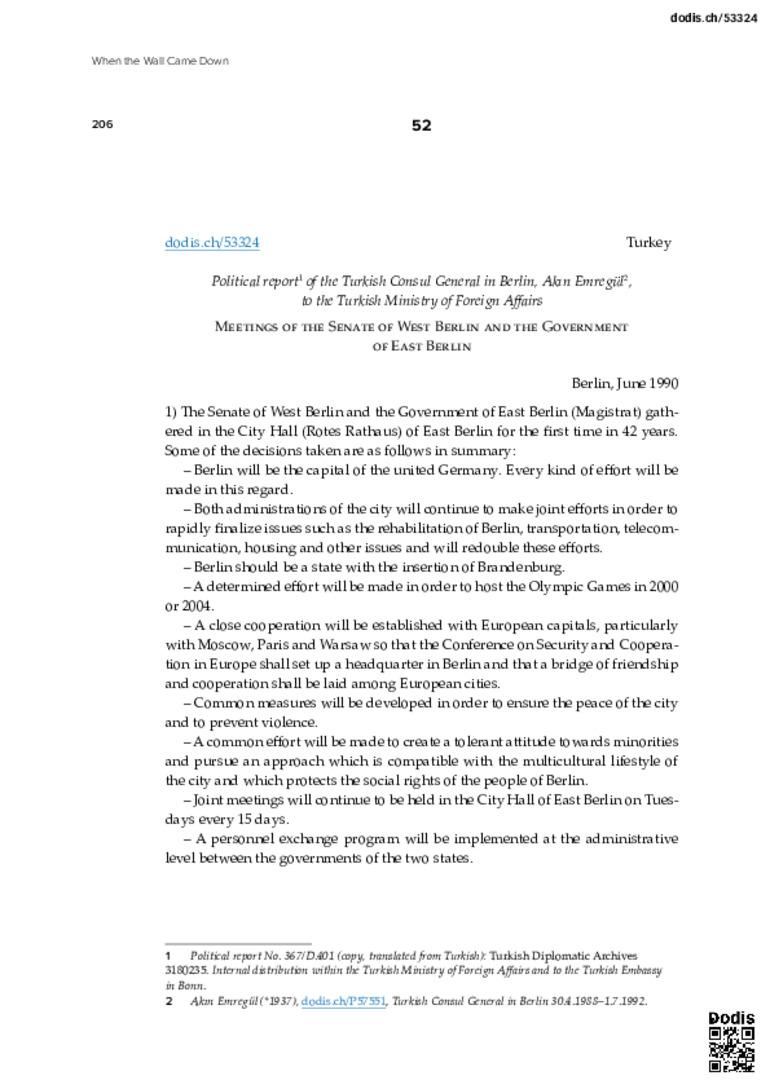 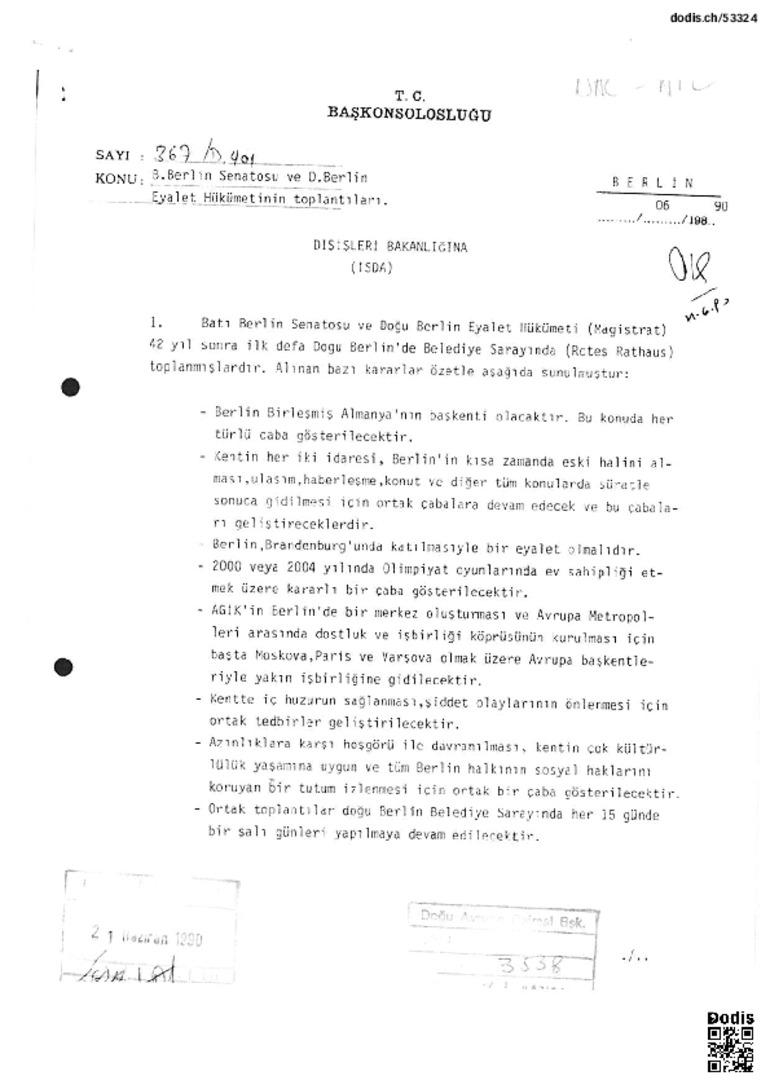 Persistent URL of this document: http://dodis.ch/53324