Language: Turkish
No 386
Telegram (T) • urgent
Summary of the press statement made by Chancellor Kohl following his visit to Berlin, concerning the developments in GDR.
How to cite: Copy

When the Wall Came Down. The Perception of German Reunification in International Diplomatic Documents 1989–1990 (Quaderni di Dodis 12), vol. 12, doc. 12

dodis.ch/53321 Telegram1 from the Turkish Ambassador in Bonn, Reşat Arim2, to the Turkish Ministry of Foreign Affairs

Having returned from Berlin, Chancellor Kohl3 made a statement about the developments in the German Democratic Republic in the press conference organized following the cabinet meeting.

Having indicated that he had also had telephone conversations with President Bush7, President Mitterrand8 and Prime Minister Thatcher9, Kohl also declared that he informed his colleagues about his visit to Poland and he mentioned his first impressions of the opening of the Berlin Wall, that he was in constant contact with Gorbachev10 and that he had notified Gorbachev by telephone an hour earlier about his assessment of the situation.

Having reported that Germans from the German Democratic Republic were still coming to stay in the Federal Republic of Germany despite the first indications of change in the German Democratic Republic, Kohl said, “I absolutely object to the fact that the notable social democrats now try to provoke embarrassingly the excitement and feelings against these citizens”, and called on the public for help. He also declared that there was still a long way to go to reach the target and that all the Germans had not yet gained the right to self-determination and he recommended being moderate.

At the end of the press conference, Kohl reported that he would resume his visit by returning to Warsaw that afternoon. 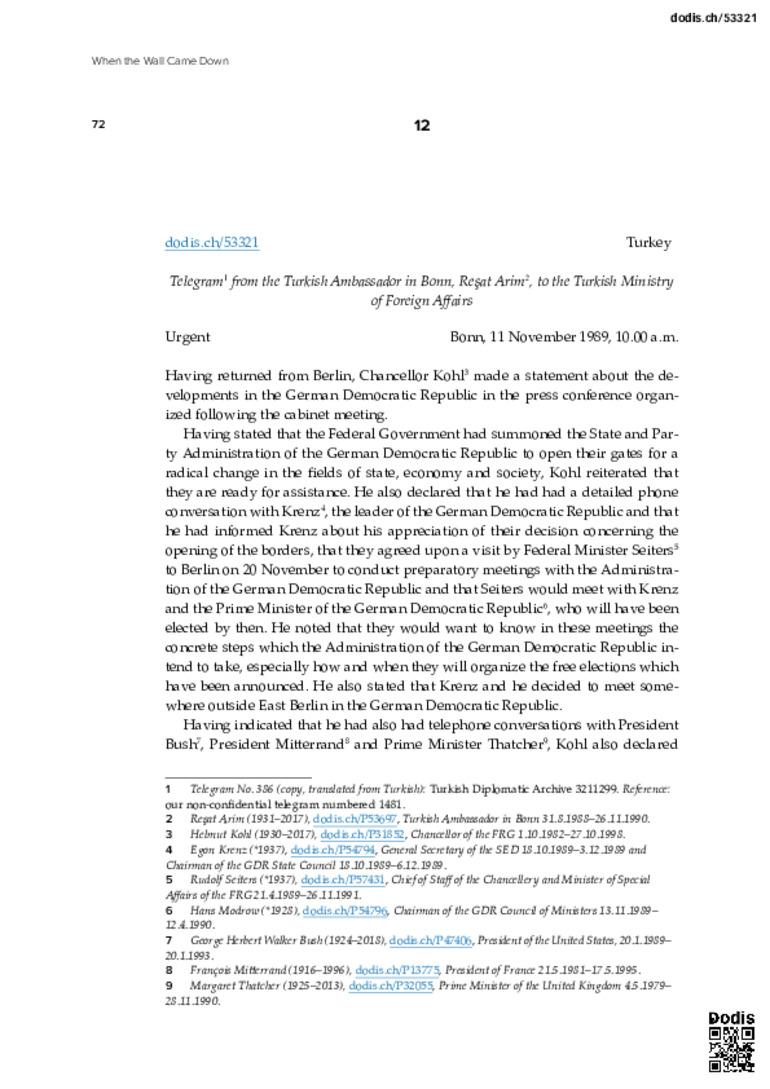 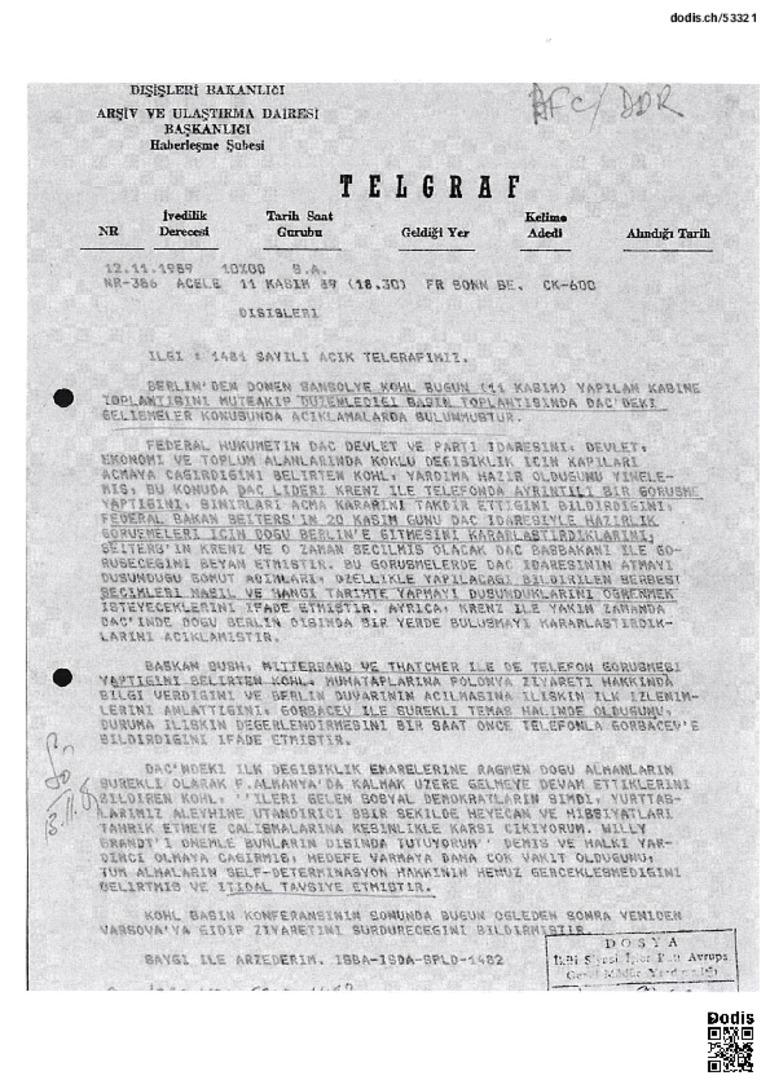 Persistent URL of this document: http://dodis.ch/53321