When the Wall Came Down. The Perception of German Reunification in International Diplomatic Documents 1989–1990 (Quaderni di Dodis 12), vol. 12, doc. 26

1. In the calls by the leaders of the GDR to establish diplomatic relations with Israel which we have witnessed over the last few days, we can see some difference in their content and their tone. (“Without prior conditions”, “The GDR expects capital investment from Israel even before the establishment of relations”, “The GDR intends to discuss payment of compensation to the victims of the Nazis”, “East Germany cannot pay compensation – especially not when it is in economic difficulties – but will be ready to give humanitarian aid to Holocaust victims” etc.) (The quotations are taken from press reports and may not be accurate).

2. However, they have a marked interest in discussing the subject of establishing relations and the question of compensation with us. As well as the GDR’s interest in improving its image in the West and getting help from it and from Israel to reconstruct the economy, it seems to me that the reason for the recent offensive is the assumption that the GDR of today sees Israel and world Jewry as a partner in opposing “German reunification”. And relations with it may give the current regime a stamp of diplomatic approval, while it is disassociating itself from the methods of the previous regime in the GDR.

3. The wish to discuss normalization of relations with us was passed on, as you know, through me in March this year, while I was serving in Bucharest4 – as an official message: [a proposal] to hold a diplomatic dialogue (in Bucharest) and a meeting of the two Foreign Ministers at the UN General Assembly. It may be that this was the intention of the East German Prime Minister, Modrow5, when he mentioned in an interview with a Haaretz6 reporter (Today) “We have approached Israel directly. I hope that the answer will be positive”. As far as I know there has been no other approach up till now.

4. Events in the GDR are still developing and it is too early to judge if there will be a significant change in the East Germans’ attitude towards our issues. Therefore I would recommend that for the moment we confine ourselves to the expression that was already published in our name at this time, that is, “that the GDR must first recognize its responsibility for the Holocaust and the crimes of the Nazis and arrange the payment of compensation to the victims of the Nazis.” 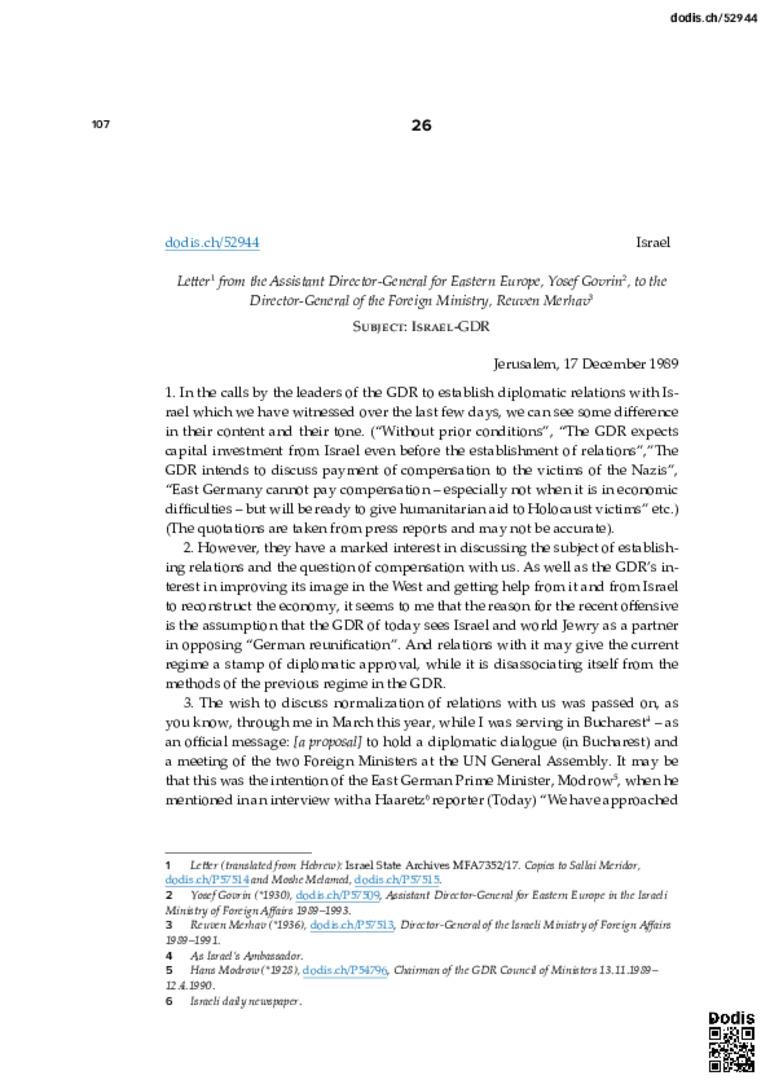 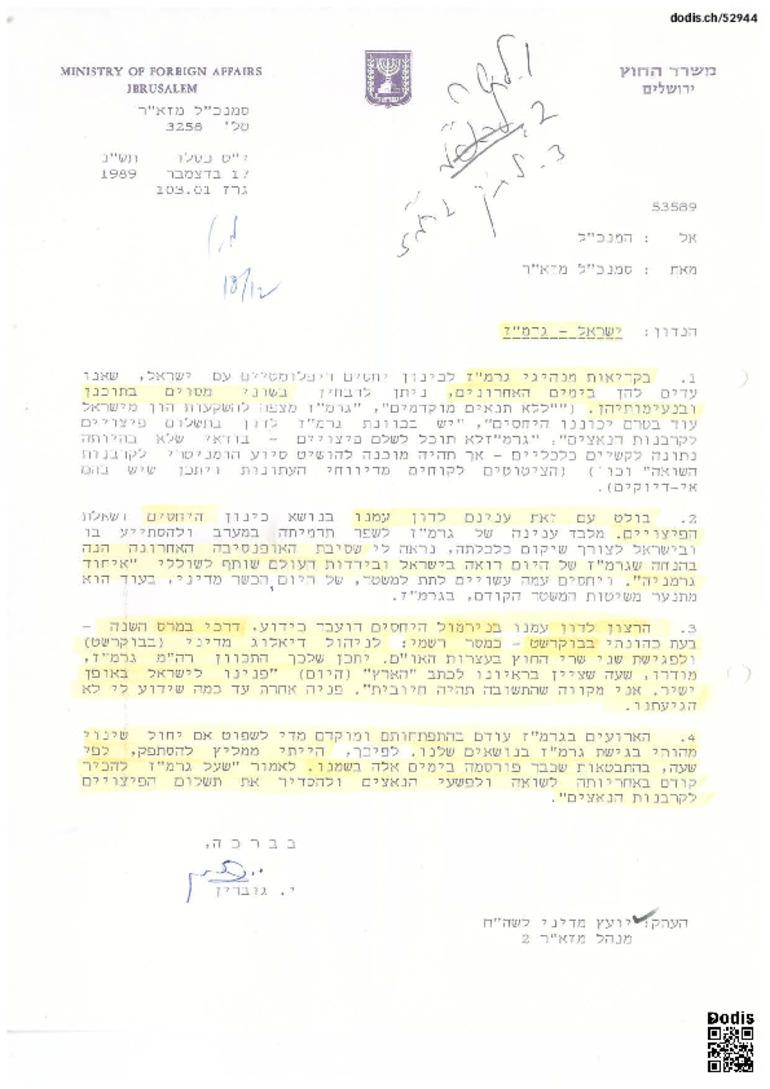 Persistent URL of this document: http://dodis.ch/52944