Language: Hebrew
RPG-DDR
Telegram (T) • urgent and secret
In preparation for a parliamentary debate, the Israeli Ambassador in Bonn suggests that warnings of a wave of dangerous nationalism in Germany may be exaggerated.
How to cite: Copy

When the Wall Came Down. The Perception of German Reunification in International Diplomatic Documents 1989–1990 (Quaderni di Dodis 12), vol. 12, doc. 18

dodis.ch/52943 Telegram1 from the Israeli Ambassador in Bonn, Benjamin Navon2, to the Israeli Foreign Ministry

Under separate cover, priority “Immediate”, a survey on relations between the FRG and the GDR3.

Below a paragraph [of background information] in preparation for the question in the Knesset:

The question of the reunification of Germany is of interest to Israel only in the context of a rise in German nationalism.

The question of unification is perhaps on the “almost messianic” agenda in Germany but is certainly not on the practical agenda. No one is dealing with it as a practical problem and feelings are very mixed. My recommendation is thus to avoid dire predictions about a powerful wave of German nationalism. I would remind you of the statement by the Republican leader Schönhuber4 about the East German refugees, “Soll das5 Pack drüben bleiben” (it would be better that the gang should stay there). If Schönhuber, who has no qualms about exploiting nationalist feelings for his political needs, is not adopting this issue, there is reason to assume that nationalism and reunification in the Germany of today do not necessarily go hand in hand.

5
In the original: SOLL GSD PACK DRUEBEN BLEIBEN. The letters “GSD” are most likely a spelling mistake for “das”.↩ 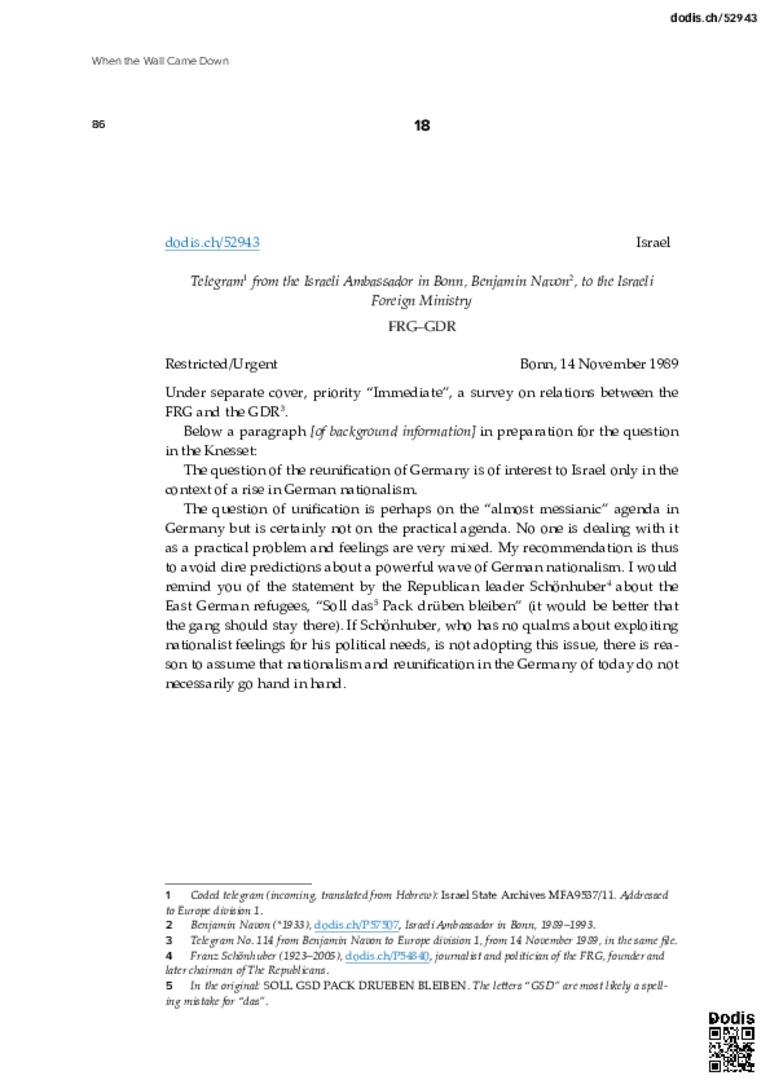 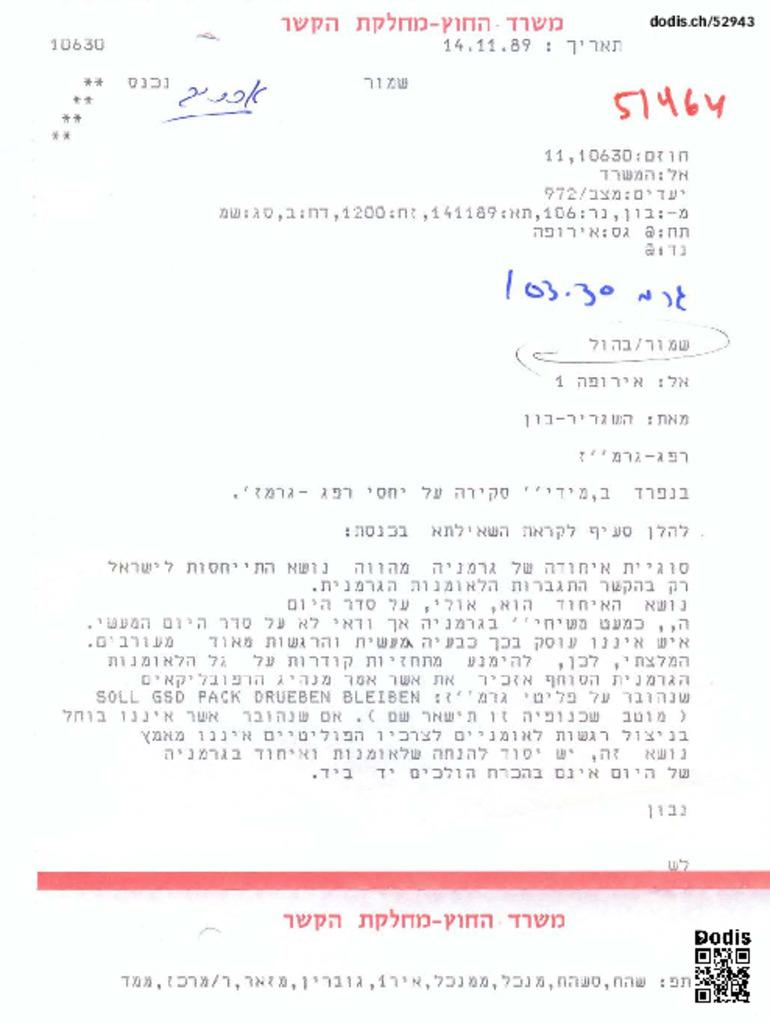 Persistent URL of this document: http://dodis.ch/52943