Language: Turkish
No 131
Telegram (T)
Press statement issued by Matthias Gehler, Spokesperson of the Government of the German Democratic Republic, regarding the election dates.
How to cite: Copy

When the Wall Came Down. The Perception of German Reunification in International Diplomatic Documents 1989–1990 (Quaderni di Dodis 12), vol. 12, doc. 53

dodis.ch/53325 Telegram1 from the Turkish Ambassador in East Berlin, Metin Mekik2, to the Turkish Ministry of Foreign Affairs

Matthias Gehler3 the Government Spokesman of the German Democratic Republic, by issuing a statement to the press following the meeting held yesterday by the Government of the Democratic German Republic stated that the Government would not make any explanation (negative) concerning the all-Germany election dates.

In accordance with the relevant news issued on the ADN Bulletin, Gehler stated that the government of the Federal Republic of Germany aspired to hold the elections this year in December; however, if the reunification process progresses too rapidly, the psychological state of the people of the Democratic German Republic should be taken into consideration; the transition to a market economy is a new application that has created fear among the people. The economic, monetary and social union of the German Democratic Republic and the Federal Republic of Germany would be formed on 1st of July, and he reaffirmed that the internal border controls would be removed between the two countries. 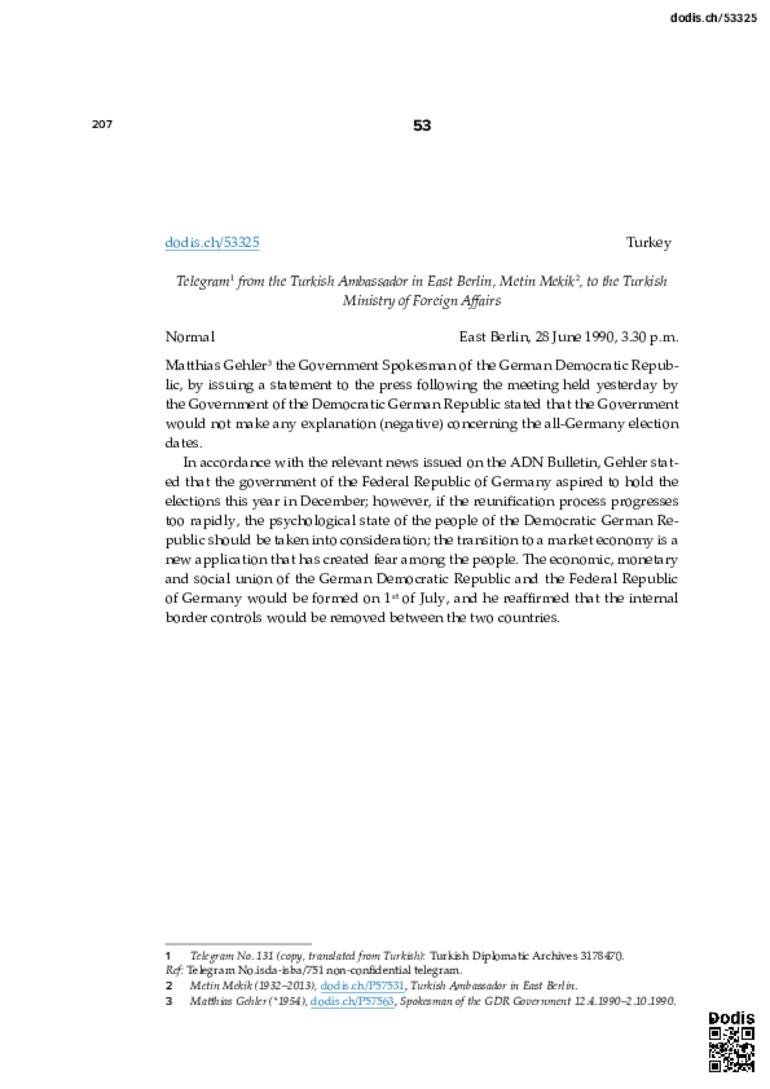 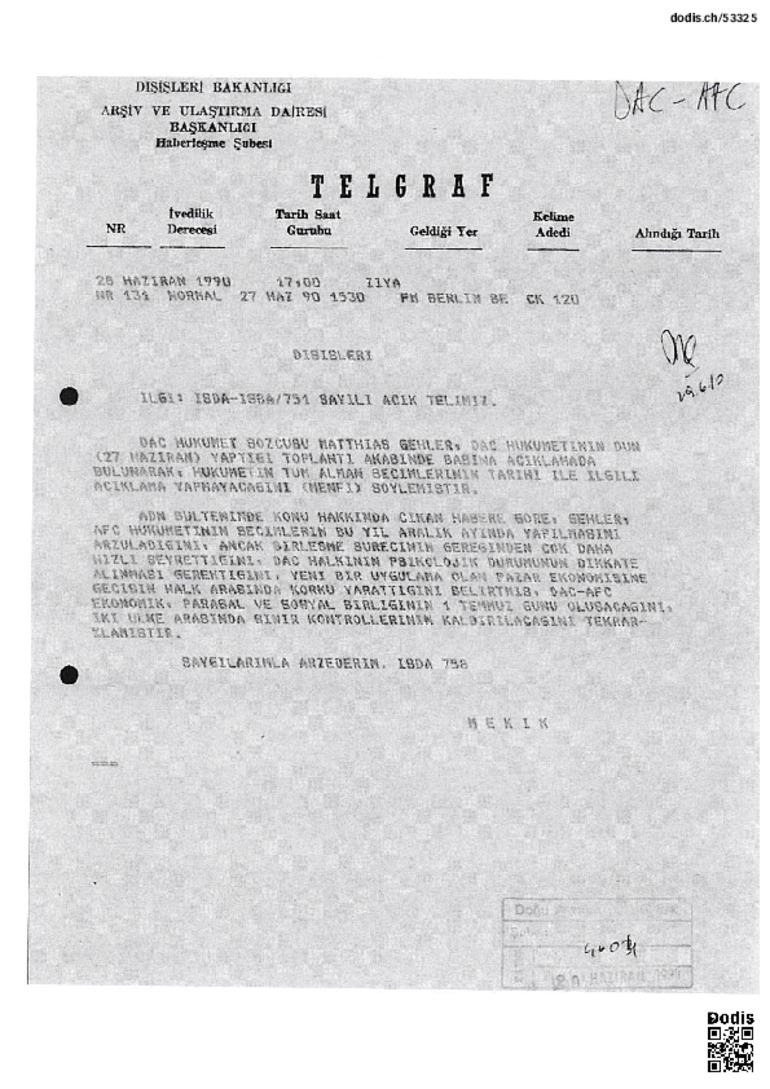 Persistent URL of this document: http://dodis.ch/53325